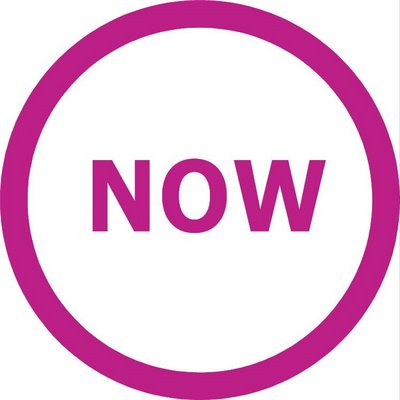 bimboim's trip to the western wall

A touching short by Mornograpy, "Bimboim's trip to the Western Wall" is a mixed-media animation film set to a score of original music, though originally presented at the Jewish Community Center in New York City as a silent film followed by a live Klezmer orchestra.
Bimboim's Trip to the Western Wall has screened in New York, and film festivals in New Jersey, Belgium, and Israel. The short was made in loving memory of the Israeli Bedouins who died at the tunnel bombing at the Philadelfi Corridor in December 2004.
after effects animation and editing- Rene Avalos, Flash animation and photography-Mor Erlich, Music before bus explosion- Lee Bams Frisari,Music after bus explosion- Tomer Tzur

This video is awesome!

Sunday, August 27, 2006
Post-War Analysis The IDF bombed a Hizballah bunker today, 2 sq KM in size, located 400 M from the border.
Talkbackers are raising all hell against Israeli intelligence being un-prepared.

Gideon Levy wrote an article on Haaretz.com, describing how the IDF has deteriorated from a strong defence force, into the occupation army. He blaims an entire generation, "The Candle Kids" of post PM Rabin's assasination of being a bunch of whiners.

And I say, Mr Levy, the people is being regulated to maintain a satus quo.
It is impossible for a nation as a whole to develop a rebelious mindframe against its government,
unless in cases of great extremity.

Recent action in Lebanon is one:
Photo Essay of the bombing
(The war, through the lens of an award-winning photographer= photogenic, sexy truth, destruction)

Katiusha missiles on the center of Haifa's Mt. Carmel is two:
(The war, through the lens of a civilian's digital camera= not sexy, very mundane,
un-glorified bullet holes) 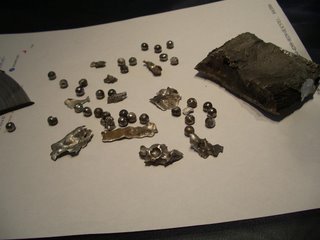 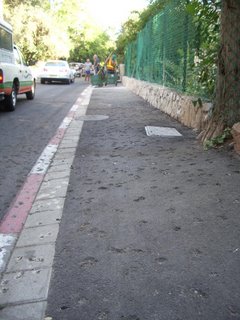 Recent bunker dig near the border is three:
Click to watch the video clip

The public discourse in Israel is a daily, on-going grind. In times of war there are no programs but news. It is a state of constant news. It has become easy for our generation to switch a channel and try to maintain the appearance of normality, because we are tired.

We are tired of war, so we believed for the past six years that in deed there was a peace.
Or at least, anything for the prospect of peace.

We have now learned that this is not possible. We protest.

Thursday, August 24, 2006
Blog Post: Spun Reality My friend K. is an American. She spent the better part of her 20's and early 30's in NYC.
And much like many people of her age and residence, she is also a life-long student and a democrat.

My friend K. told me last night, about 9/11: how it changed reality in the eyes of New Yorkers,
and Americans. The world became a scary place for them.

My friend K. is afraid, and the reason is she feels, her government - elected officials - is not able to provide her with any kind of protection nor does it aim to. The feeling of helplessness against that is overwhelming.

Recent war events on the Lebanese-Israeli border reflect an inclination to do the same on the Israeli side. It may be easy to divide and conquer, wag the dog when being remote from the battle ground. It becomes immediately transparent when the government SITS ON the battle ground.

Recent voices in Israeli news-media are re-examining PM Olmert's "take" on the war and asking: DO we really know this person? Can we trust him to lead us?

After decades of generals as politicians, he will be remembered as the first statesman that took us to war.  ¶ 6:48 AM 0 comments

Wednesday, August 23, 2006
Words from Director of the Makor Gallery

Since the outburst of the crisis on the Israeli-Lebanese border over a month ago, we at Makor have been thinking about possible ways to respond to the situation in a manner that fulfills our role as a non-political pluralistic cultural center. This task has been a challenging one as it not only raises difficult questions regarding the essence of culture and meaning at a time of war, but also touches upon political commitment and social activism – issues that can rapidly lead to polarization.

In an effort to respond to these issues and concerns, the staff at Makor came up with the idea of creating an open format for expression and dialogue in the Makor Gallery. The initiative is an attempt to offer an open, direct, and ongoing outlet for expressions that captures various reflections about the war in real time and in real space. We were motivated to provide a forum to express the overwhelming feelings of helplessness and indifference, to encourage a multi-perspective consciousness about the conflict within a communal environment, and to create an alternative medium for communication free of the bias of mass media.

The name AMENDICONS suggests that that the diverse images – or “icons” - displayed on the wall, salon style, have in their own humble way, the potential to amend, to revise, to expand our awareness. This notion remains relevant also on an individual level as each response exhibits a process of amending - requiring each person to apply creative tools to the matter; to filter to create and to deliver a personal expression into the public sphere. It is important to emphasize that the Amendicons project is not an art exhibition but rather a display. It is not curated, nor does it carry a cohesive artistic or political statement. Rather, it is the sum of fragmented, “self curated” public responses to the crisis by artists and non artists alike. It is itself a work in process.

The Amendicons project currently includes over 100 responses of three different kinds: direct responses and expressions (text, artwork, image); documentation of street art and social activities in response to the war (graffiti, protests, propaganda signs); and an archive of “war blogs” from , and the . The project began 5 days into the war, and now, a month later and 5 days into the cease-fire agreement, it continues to grow and evolve.

Amendicons has been invited by Edwin Ramoran, Director of the Longwood arts project, to be displayed at the in the during September 06, and will be featured on the Globo broadcast, the main Brazilian TV network. We are excited that this display will become mobile and will be exposed to new and varied audiences. We hope to find additional venues for the project and to eventually document it in a catalog.

The crisis in the has torn open old and new wounds. It is a reminder of our vulnerability, east and west, in the face of war and terror; a reminder of the consequences of deep rooted hatred. In that sense, the crisis is a call for us to cease-silence. I would like to believe that the Amendicons project is a step in that direction.

I would like to personally thank the Makor staff for collaborating on this project, to Jane Slotin, Director of Makor for enabling and supporting the project, to Amelia Morgan, Makor Gallery intern for assisting with installation and managing of display, to Shiri Sandler for design materials, promotion and blog (www.amendicons.blogspot.com), to Leor Grady for ongoing support and promotion and to Edwin Ramoran, for inviting the project to the Haven Art Gallery.

Thank you for your participation in this project and for contributing to the dialog.

I invite you to continue to bring your voice to the Makor community, and hope to see you at the Makor Gallery in our upcoming reception on Sep 28th. More info below.

Please send the attached release form at your earliest convenience. Due .

Please note that we will continue to accept new responses to Amendicons until Aug 30th.

This blog is part of the AmendIcons project, taking place at the Makor gallery/ 92 Street Y New York in July-August 2006.

* {Icons designed to improve, to remove faults and errors, to alter, to enrich, to change for better}

The content in this blog is solely posted and maintained by the blog's moderator, Shiri Sandler, and is a reflection of thought.